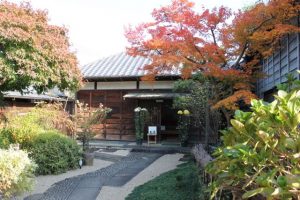 秋元双樹(“Akimoto Soju”/1757-1812)who is seemed as one of the developer of sweet sake in Nagareyama city built this memorial hall.

Akimoto Soju  loved 俳句（”Haiku”/ Japanese style poem) and he had often communicated with one of the famous Japanese Haiku poets 小林一茶（”Kobayashi Issa”/ 1763-1827).

Although Kobayashi Issa had lived in Nagano, which was far away from Nagareyama city, he had visited this memorial hall dozen of times to meet with Akimoto Soju and and had created famous Haiku here. 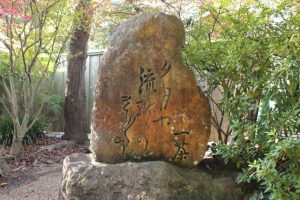 You can look  at “Haiku” in the stone and on the wall. 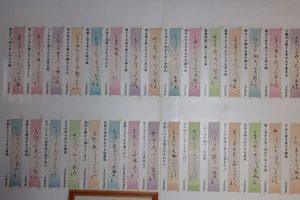 The hall has beautiful Japanese style garden. It is November which is the season for autumn leaves. 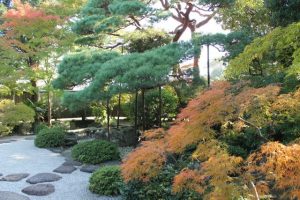 It is autumn sunshine. 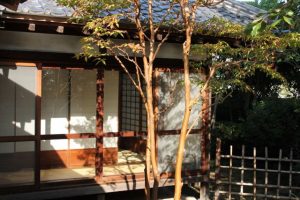 People used monotone color when established but natures gives various color to the garden each season. It is so cool. 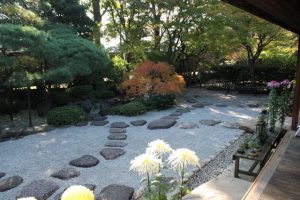 It is also very simple in the hall. There is nothing but 畳（”Tatami”) and 障子(“Shoji”). Do you imagine what had been rendered in the 和室 (“Washitsu”)? 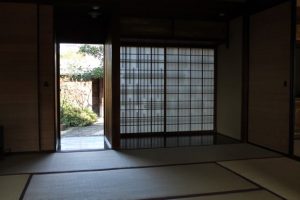 Issa and Soju talked each other in this “Washitsu” and created “Haiku”. Nothing had been required and friendship was the most. 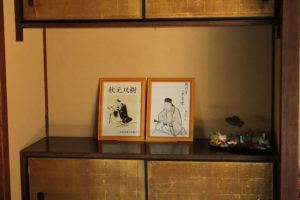 On the second Sunday of every month, you can enjoy Japanese tea produced by tea ceremony. 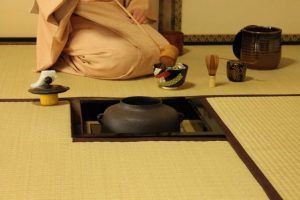 It is really elegant and you can enjoy its atmosphere as well. 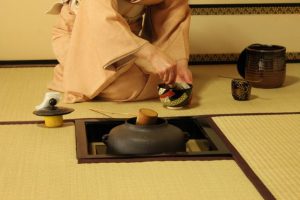 I was lucky because I could have Japanese tea with this special tea cup. It is 蒔絵 (“Makie”/ gold lacquer). 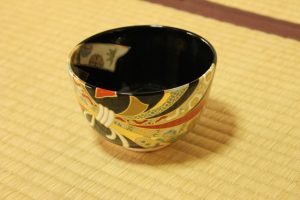 茶入  (Tea utensil) is also “Makie”.  Good tea with good tool. I spent spiritual time there and I understand why Issa loved to visit this hall. 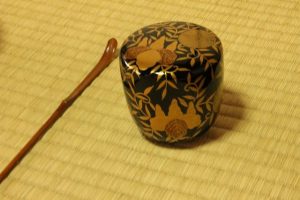