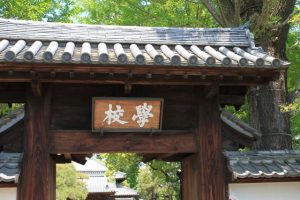 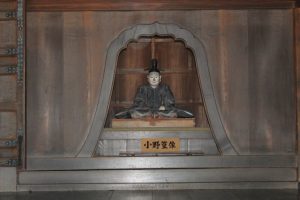 The origin of this school was archaeology school founded in A.D. 832 by Lord Ono-no Takamura. Ono-no Takamura is believed that he is ground son of Ono-no Imoko who was the first man who visit China to learn Chinese advanced study. 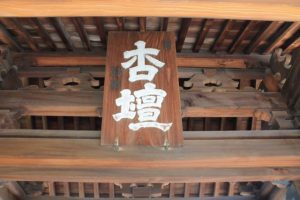 Lord Uesugi Norizane who was the Deputy Shogun of the Eastern region, made various arrangements for the Ashikaga Gakko. Besides donating farmlands with tenants for the support of the school, as well as four of the five Classics containing the teaching of Confucius, he also established the school presidential system and invited “快元 “(Kaigen), the priest of the Zen temple “円覚寺”(Enkakuji) in Kamakura, to become the first president of the school. 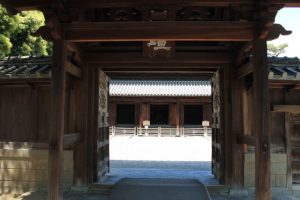 By the time of the seventh president of the school (1532-1554), the curriculum had grown considerably and the Ashikaga Gakko had in fact become the greatest academy in Japan, attracting 3000 students form all parts of the country. This fact did not escape St.Francis Xavier, who noted in 1549 that the Ashikaga Gakko was “the largest and most renowned university of Eastern Japan.” 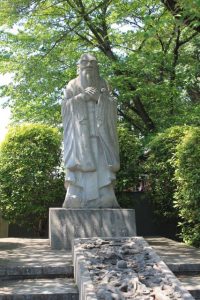 Since the Confucianism of ancient China comprises the main course of study at the Ashikaga Gakko, a Confucian shrine and a statue of Confucius have been erected in his honer. This Statue of Confucius was but in 1991 in Jining City, Shandong province, China, the birth place of Confucius. 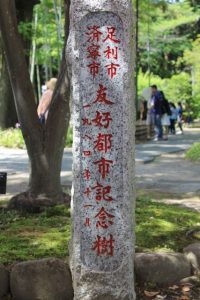 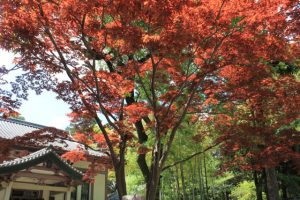 This beautiful tree was planted in commemoration of Friendship between Jining City and Ashikaga City. 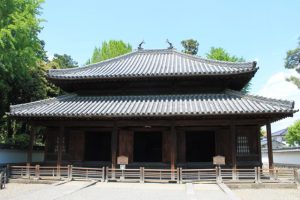 This is the oldest Confucian Shrine still existing in Japan. Every year on twenty-third of November, the Sekiten Festival is conducted in strict accordance with tradition to celebrate Confucius and his four main disciples. This wooden structure was erected in 1668. 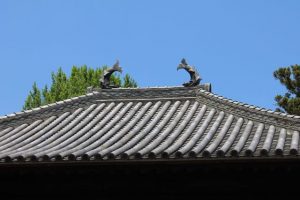 Can you see grampus at the top of the roof?  In ancient years, grampus on the roof have been a symbol to protect fire. Therefore, there are grampus on top of some castle in Japan. One of the famous one in Japan is golden grampus in Nagoya Castle. 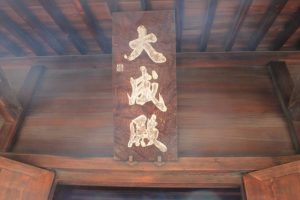 Actually, only this shrine were not burned by fire while the other gate were destroyed because of a big fire several times. 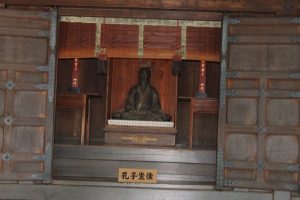 Inside the shrine, there is the seated Image of Confucius. Completed in 1535, this wooden statue has been designated a cultural treasure of Tochigi prefecture. 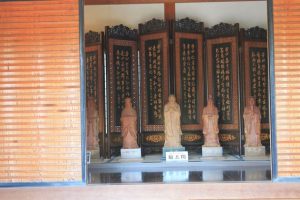 The four leading disciples who faithfully transmitted the teaching of Confucius- Yanzi, Mengzi, Zisizi and Mengzi. There are names of them placed and deified on both of the side of Confucius. 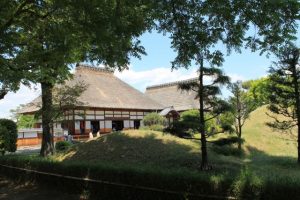 Most of the main building is taken up by the hojo (classroom) in the front, where classed used to be held, and the former living quarters on the right. 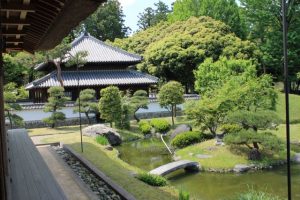 It also contains a garden with a pond and a man-made hill. Struck by lightning in 1754, the building was totally destroyed. However, records that exited at the time were used to rebuild and restore in 1756. 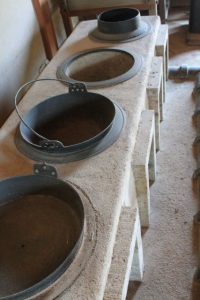 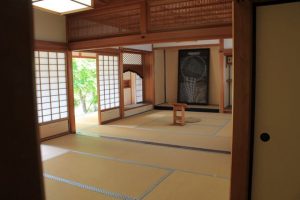 The greater part of the hobo is covered with tatami mats, and at the end of the room there is “Simian” or dais, on which a stature of Buddha originally stood. 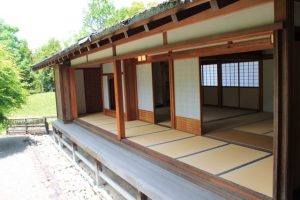 Today, this room is used as a lecture hall and an experimental classroom for elementary students. 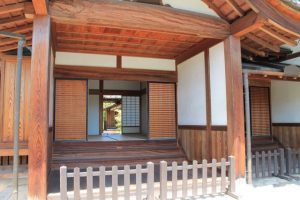 The Study was the office of the president, and it was used as a guest room or for initiating small groups of people into esoteric teaching. 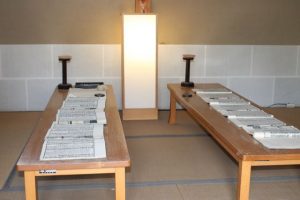 There is a dormitory next to the study. Although it is very small room, a lot of students learned in line in the dormitory. 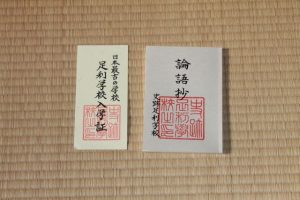 I bought a textbook which was just 100 JPY but there are a lot of things to learn.