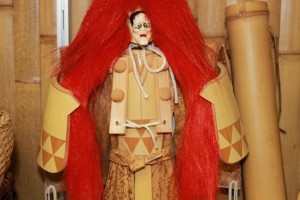 It has been popularly known that Thomas Edison was successful using bamboo ribs of “扇子(Sensu)” for filaments for his invention the incandescent bulb. Japanese bamboo had been exported to the United States until replaced by W filaments.

Bamboo work has a long history in Japan. It is said that ancient people in B.C.3000 used bamboo basket. 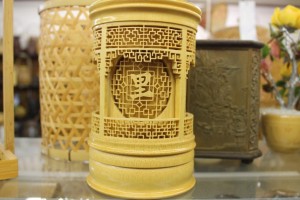 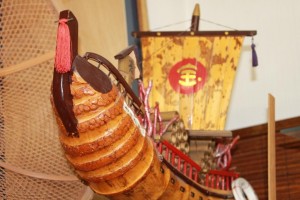 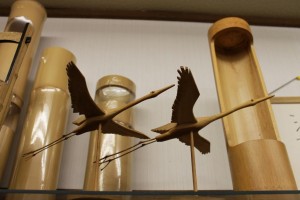 “南京玉すだれ（Nankin Tama-Sudare）”which is a tool for famous Japanese street performance is also made by bamboo. 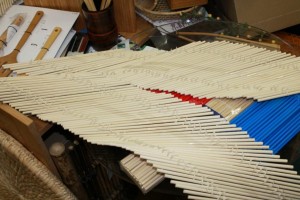 Bamboo works has been permeated everyday life for people in Japan.

Bamboo has the double advantages of strength and lightness. Some people love bamboo works because it is natural, elagant and stylish. 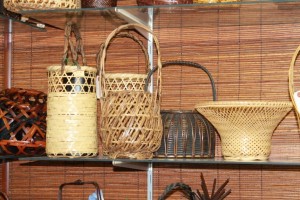 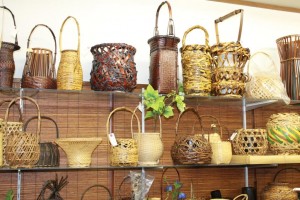 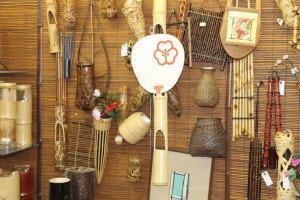 Bamboo has the double advantages of strength and lightness.

The custom of admiring cut flowers placed in a vase like a bud vase, extends back to the Heian period, and traces can be found in literature such as “枕草子（Makura no soshi）” a Japanese literature written by “清少納言（Seishonagon）” in Heian period (A.D.794-1185). 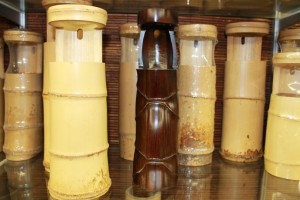 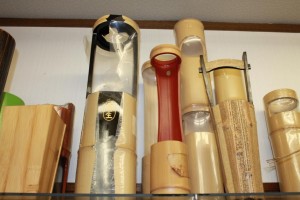 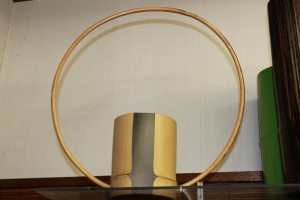 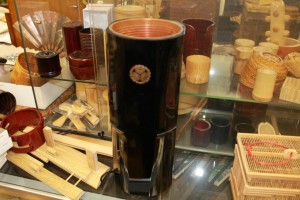 Bamboo basket can be design in various shape by weaving with a coarse weave. 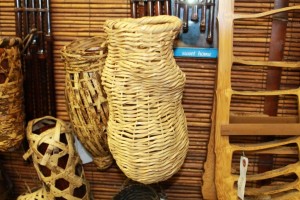 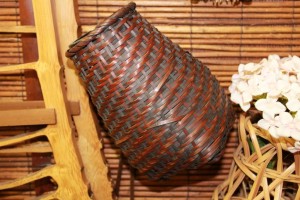 Sometimes, bamboo work used as its unique design. That is a natural arts.

It can be made possible by bamboo’s origial feature which is divided by joints and grow upon joint respectively. 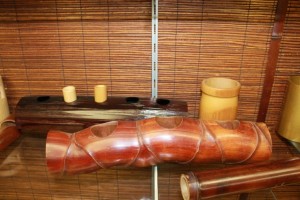 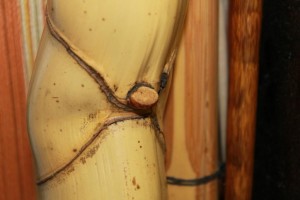 “獅子脅し（Shishi Odoshi）” which is one of the old Japanese feature is also made by bamboo. When bamboo hit the stone, it create exhilarating sounds. 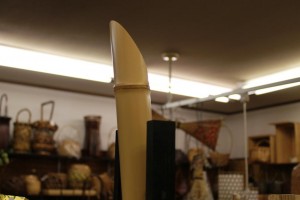 Bamboo is also good for a frame. 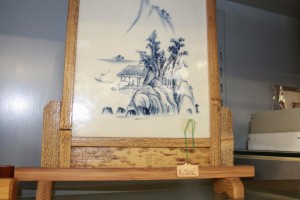 Lighting frame made by bamboo is emotional isn’t it? 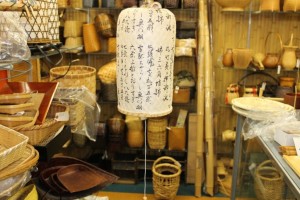 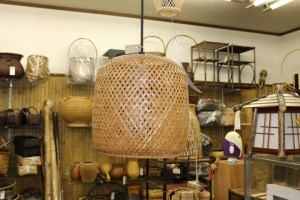 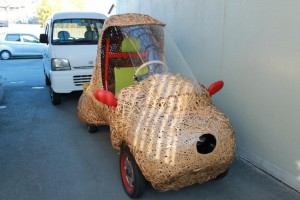 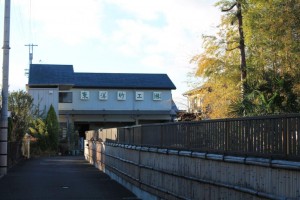