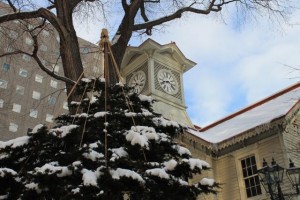 The development of Sapporo as the capital of Hokkaido began in 1869, with the help of many foreign experts, engineers and educators. “The Clock Tower” was built in 1878 and is therefore regarded as both a historical and cultural symbol of Sapporo. The Clock Tower was originally called “Embujo” – meaning a ‘military drill hall’ – and served as a drill hall for the Sapporo Agricultural College (currently Hokkaido University), which was the first institution for Agricultural Studies in Japan.
Dr. William S. Clark, President of Massachusetts Agricultural College, was invited as the first vice-president of the Sapporo Agricultural College. During his tenure, he designed the curriculum with military training, similar to that of MAC. Professor William Wheeler took over after Dr. Clark and planned to build a military drill hall, which was later called the Clock Tower. It is said that Governor Kiyotaka Kuroda of the Hokkaido Development Commission proposed renovating the tower by installing a large clock, which was manufactured and purchased from the E. Howard Watch & Clock Co. of Boston, Massachusetts. The construction of this new addition was completed in 1881.
The simple and practical features of the Clock Tower’s wooden structure are typical of American houses found in the Mid-west and West during its colonization. Rooms on the first floor were used as laboratories, lecture rooms, and exhibition space for zoological, botanical, and mineralogical specimens. The second floor was used for physical education training as well as a ceremony hall.
The Clock Tower was designated as a National Important Cultural Property in 1970 and is now a museum that is also used for various cultural activities. The Clock Tower continues to serve as a historical landmark, telling stories of early days in Sapporo. 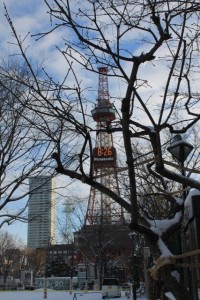 Sapporo TV Tower was built in 1857 and one of the symbol of Sapporo. The landscape from Sapporo TV tower is very beautiful. 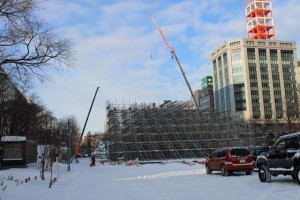 n 1955, the Self Defense Force joined in to make a massive snow sculpture. In 1959, twenty five hundred people participated in making snow sculptures and the nationwide media reported the Snow Festival for the first time.

In 1965, Makomanai site was officially opened as the second site. Sapporo hosted the Winter Olympic Games in 1972, and the Snow Festival was widely acknowledged around the world through international media.

In 1974, the International Snow Sculpture Contest began as a part of the Snow Festival. Since then, a number of teams from various regions of the world; including Shenyang (China), Alberta (Canada), Munich (Germany), Sydney (Australia) and Portland (U.S.A.), each of which has a close relationship with Sapporo, have been participating in the contest.

In 1983 the third site at Susukino was opened adding a new aspect to the festival with the ice sculptures illuminated by the street neon lights. In 1984, the duration of the festival was extended by two days and became seven days.

In 2005, Makomanai site was closed after forty years. The site was temporary moved to Satoland until the present Tsudome site was set up as the second site in 2009.
The Sapporo Snow Festival has developed its international aspect over the years, and has been creatively evolving up to the present. 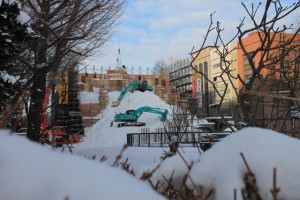 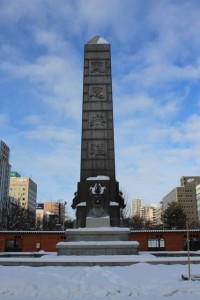 Sapporo is also famous as beer brewery as “Sapporo Beer”. 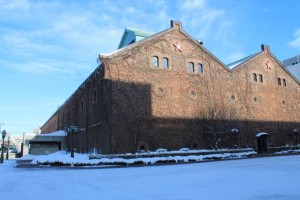 You can also visit an old Sapporo beer factory in the middle of Sapporo city. 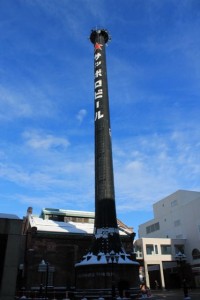 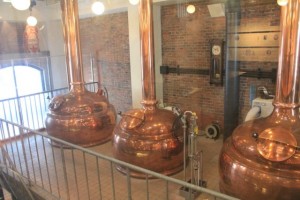 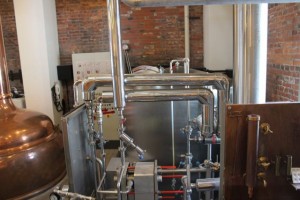 How do you think this advertisement? It is cool, isn’t it? 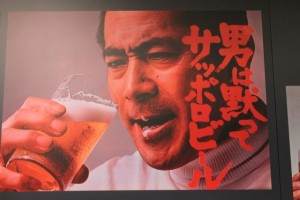 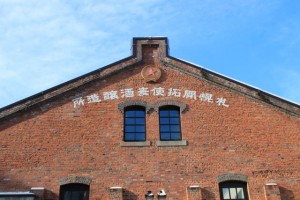 Former Takeshiro Nagayama Residence is next to Sapporo Factory. 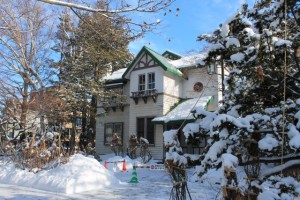 Built around 1880, this residence was built as the home of Takeshiro Nagayama, the second director of the Hokkaido Agency. The interior of the residence, which is surrounded by a garden fill of azalea and Japanese yew trees, combines Western and Japanese architectural styles. A purely Japanese study, for example, connects to a Western drawing room. It is an early example of residences incorporating Western architectural technologies, which became popular during the Hokkaido pioneering period. The two-story building on the north side of the property is a Western building that the Mitsubishi Mining and Cement Co., Ltd. built upon purchasing the residence after Nagayama passed away. In contrast to the wooden one-storied Nagayama residence, it features roof made of plain wood and wood painted green. After his position as director of the Hokkaido Agency, Nagayama moved to Tokyo and served as a member of the House of Peers and died in 1904. His ashes were sent back to Sapporo as specified in his will. 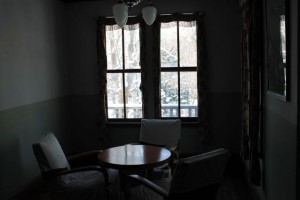 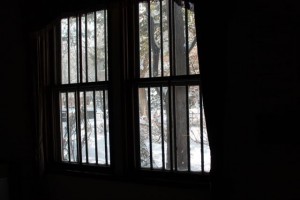 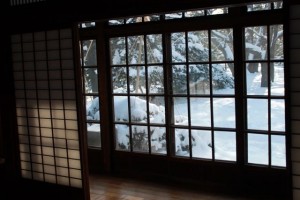 Do you feel a silent atmosphere? Please just close your eye and remind an old age of Japan. 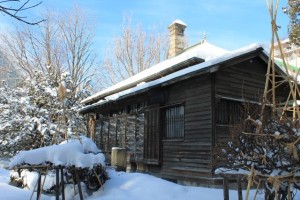