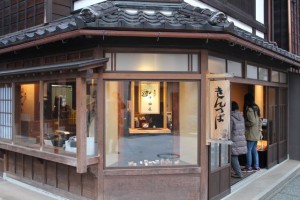 There is three Chaya District in Kanazawa City that is Higashi(East) Chaya, Nishi(West) Chaya and Kazuemachi Chaya. Higashi Chaya is the biggest and there are lot of stores for food and tea in there. 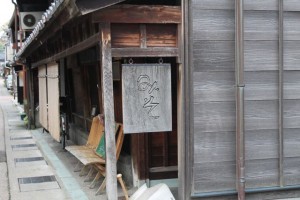 Each Chaya districts keep its traditional style. There is no high building in Chaya District. Back street is also aesthetic. 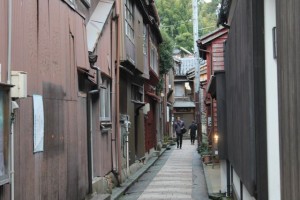 Higashi Chaya District is the most prestigious and grandest of the remaining three streets in Kanazawa and has been designated as a site of Important Traditional Japanese Architecture. “Chaya”houses with red-brown lattices line a narrow stone road. The area still remains the atmosphere of Bunsei period (1820). 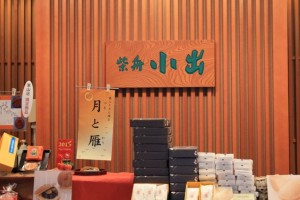 When I visit Kanazawa, I always buy this 柴舟小出 as surveyor. Everyone loves it. That is my favorite snack in Japan.  If you haven’t try it, please try. I think no similar taste can be experienced in any other area while there are a lot of similar snakes all over Japan. 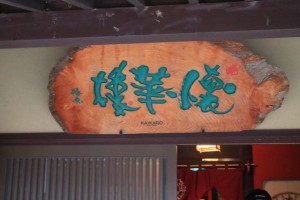 There are a lot of Japanese Traditional. 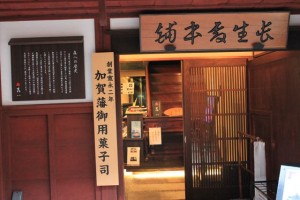 This store have been opened since Edo Era. 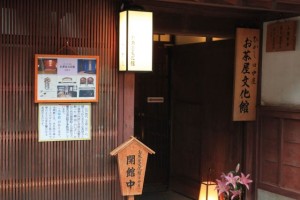 It is also good for learning Japanese Culture. 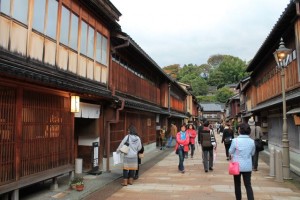 Please look at photos below. Can you find any common points? 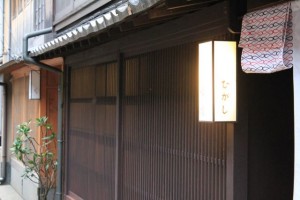 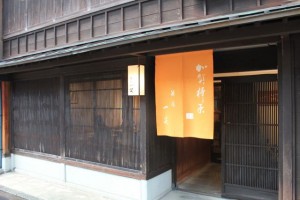 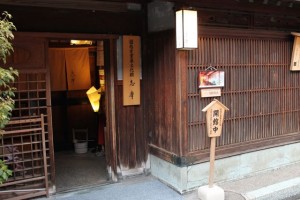 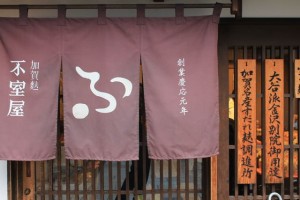 “ふ” (Fu) is also Japanese traditional food. I would like to write about “Fu” someday. 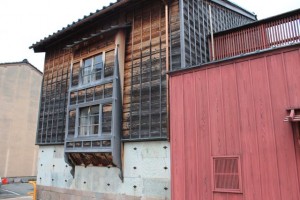 Quiet, polite and cultural. You can meet Japanese spirits at Higashi Chaya District.