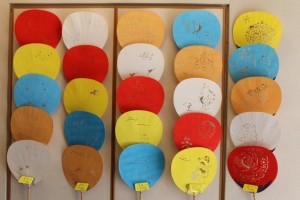 Nara Uchiwa is one of the Japanese traditional technologies which has more than 1300 years histories. It was exhibited at world fair held in Chicago in 1893.

Originally, Nara Uchiwa was produced by 神職（Shinto priest）in ancient capital of Nara and it was developed to current “透かし彫り（Sukashi sculpt）” style.

Once, Nara Uchiwa technologies were about to cease because of lack of a successor. However, in 1870, the tools to produce Nara Uchiwa was discovered by “池田栄三郎” and he researched the traditional method and revived by himself. 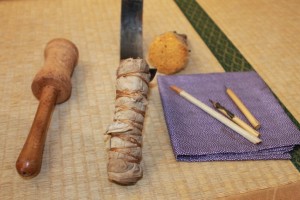 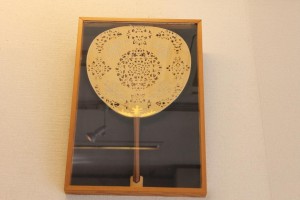 Japanese Papers coated and dyed are doubled up and in plied with 10 pieces of doubled up papers. Each paper is kept on file for “Sukashi Sculpt”. 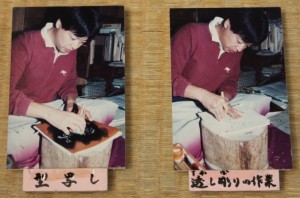 Then, each double up paper put “Uchiwa” by paste and dried for throughout the day. After dried, craftsman pushes both side of the paper simultaneously to emphasize the shape of bamboo sticks. 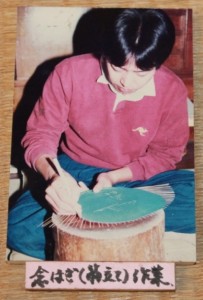 After that, superfluous bamboo sticks are cut down in one breath. It need high techniques because only one fail make “Uchiwa” come to nothing. 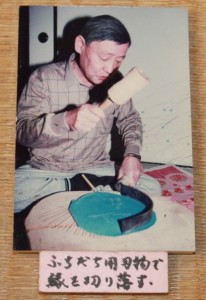 These are tools used by this process. Each tools are quite heavy. 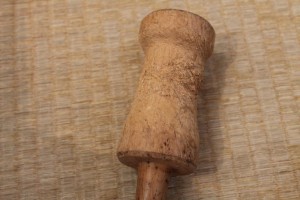 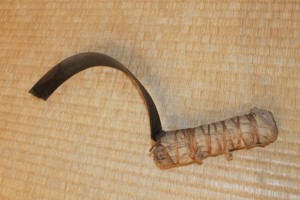 The finishing process is also done by hand. Handmade shape is shown in all angles. 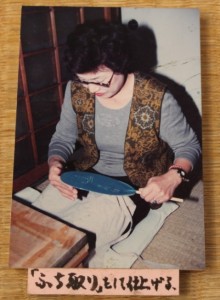 Nowadays, these Uchiwa technology of craftsmen are also used as “扇子 (Sensu)” and one of the favorite souvenir for foreigners who visits ancient city of Nara. 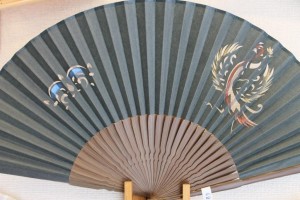 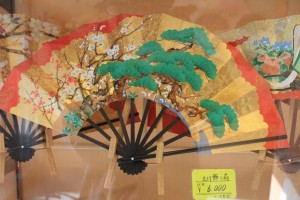 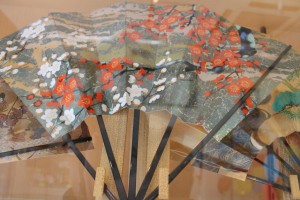 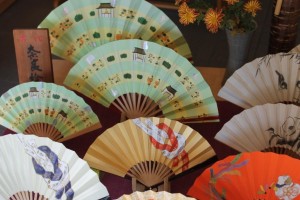 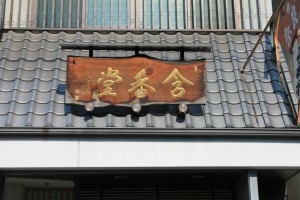